Continuing Fight Against Malnutrition in Guatemala 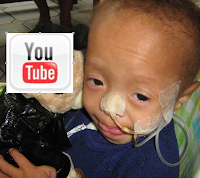 WATCH THE VIDEO HERE.
Last year, we reported from Antigua, Guatemala where we addressed the epidemic of malnutrition in Guatemala. Our contributions were important in helping Guatemalan children recover from this condition, which manifests itself due to their family's lack of medical care and insufficient income. It is hard to fathom that half of the country's children suffer from chronic malnutrition - imagine if half of the kids you knew simply did not have enough sustenance to develop in a healthy manner!

Malnutrition manifests itself in stunted growth and lowered IQ scores. Half of Guatemalans are of Mayan descent and due to poor land distribution and a variety of other social, economic and political factors, most of these people live in abject poverty. In these indigenous areas, chronic malnutrition affects 80% of children under five years of age! 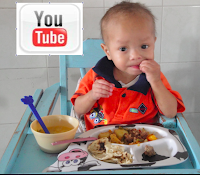 (When interviewed on Capture Your Flag program earlier this year, I spoke about the debilitating effects of malnutrition on childrens development and the most effective ways to address this epidemic. To watch the interview, click here.)

Last year, one of the ways Cause & Affect helped address this issue was by providing assistance to Casa Jackson, an amazing clinic that was created to house and rehabilitate babies that are severely malnourished. The babies receive around-the-clock care from medical professionals and are put on an intensive feeding schedule in order to regain their health. Once their weight has improved, their families take them home again and receive nutritional guidance as well as visits from social workers to assure the children develop in a healthy manner. Though the diapers and milk formula we purchased have been used up by now, the industrial blender we purchased is still being used around the clock to liquefy food for the older babies.

Upon our return to Guatemala to check up on Casa Jackson, we discovered the clinic still had some urgent needs to address, so we jumped to action. The first task was to buy new mattresses for the babies’ cribs, as the old ones had been donated a long time ago and since they were very thin, they were not very comfortable for the babies, nearly detrimental to their physical development. We sought out the thicker, sturdier variety and ordered 16 of them for the center. Our second task was to repaint the cribs, as the paint has been peeling off. Lastly, we were asked to provide curtains for the center, so as to keep the sun out of the babies’ eyes.

As you can see from the video, we bought the fabric, contracted a tailor to sew them and then hung them ourselves. For the paint, the curtains and the 16 mattresses, Cause & Affect spent a total of $1,283. I think you will agree the clinic is much better-off after our two visits!

Another follow-up project this year involved the welfare of a darling little boy named Jose Anavesca. When Jose was admitted to a social welfare hospital in Antigua (Obras Sociales) 18 months ago (see top photo), he was a year and a half old yet only weighed five pounds! He was close to death but in the last two years, he has fought back with force and his magical smile has broken the hearts of nurses, doctors and volunteers like my mother (see photos here).

The good news is that over the past two years, Jose has finally put on enough weight (now about 15 pounds) in order to go back to live with his family! For a boy that spent over half of his life in a public hospital, this home-coming is the greatest thing that has happened in his life! The downside is that Jose still faces health challenges. He was recently diagnosed with diabetes insipidus, which is caused by the inability of the kidneys to conserve water, which leads to frequent urination and pronounced thirst. If inadequate fluids are consumed, the large amount of water lost in the urine may cause dehydration and high sodium levels in the blood.

In order for Jose to be able to survive at home, he needs to take a special medicine on a regular basis and the sad fact is that his family cannot afford this medicine. So, in order to reunite Jose with his family, Cause & Affect has teamed up with a number of volunteers in order to raise funds to purchase the medicine to allow for Jose’s homecoming. We purchased $400 worth of the medicine which we presented to the family when they took Jose home.

Our projects here in Antigua were spearheaded by my mother, Linda Champagne, who has been volunteering at Casa Jackson and Obras Sociales since our initial visit in 2009. Now retired and living in Antigua, her compassion and devotion to the babies of Guatemala has served as a guiding light for Cause & Affect’s operations in Guatemala and we look forward to continuing our collaboration with her in the years to come.

Please help support wonderful projects like these through our website by donating here.
Thanks for your support! SPREAD THE WORD AND BE SURE TO CHECK OUT THIS AND OTHER CAUSE & AFFECT VIDEO FIELD REPORTS. HERE.
Posted by Adam Carter at 6:36 AM