Please join the cause by making a paypal donation here.

Like many concerned citizens around the globe, I was shocked to see the scale of destruction that followed the Tohoku Earthquake of March 11, 2011. The ensuing tsunami killed over 19,000 people and damaged over a million buildings. The region of Fukushima was devastated by the disaster and over 400,000 people lost their homes.

The explosion at the Fukushima Daichi nuclear power plant created an ecological disaster, forcing more people from their land. The evacuees initially sought shelter in community centers and were then relocated to temporary shelters.

Nearly three years later, most of these people still live in these shelters.  The lack of jobs and income means that many are living day-to-day, forced to accept government assistance and help from family members in other parts of Japan. This is a very tough adjustment for the proud, hard-working Japanese people. 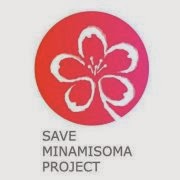 When I arrived in Japan to teach English in a high school in August 2013, I reached out to a variety of organizations that were helping the victims of the Tohoku earthquake in order to assess what forms of aid were being delivered. In searching for a real hands-on approach addressing the everyday lives of those displaced by the disaster, I was directed to a project called the Save Minamisoma Project (SMP), founded by a New Zealander businessman living in Japan. Every two weeks since March of 2011, SMP has been shipping truckloads of food and supplies (much of it donated) to the evacuees in and around Minamisoma, which is one of the cities of the Fukushima Prefecture. 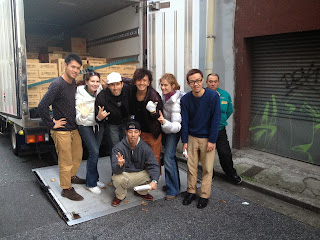 With only $1,000, Cause and Affect financed the delivery of more than 3,000 lbs. of food and supplies. We collected donated food, purchased more and loaded up a giant truck in Tokyo. We then drove 6 hours north to Minamisoma and distributed the goods to the residents in need, most of whom lost their homes to the tsunami or were forced to move due to radiation. 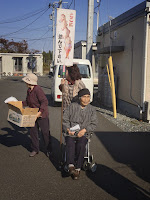 In each of the six communities, we the recipients who had received their coupon a month before, lined up to receive their food and supplies. By the time we were done, more than 800 people living in 355 households received onions, potatoes, mushrooms, apples, water, cereal and soup to more. While very pleased to have been able to lend a helping hand, the sad reality is there are upwards of 290,000 people still living in evacuation shelters or temporary shelters in these communities.


We spoke to some families that have been shuttled from one community to another. They just want some stability in their lives. Many have lost faith in the Japanese government and most doubt they will ever be allowed to return. Entire communities have been torn apart, as the shelters have thrown random people together. While it is obvious they have managed to help each other out, it is clear that they yearn to go back home. Sadly, most will never be able to rebuild. 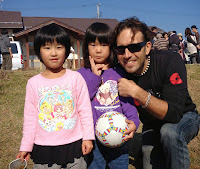 Luckily, Cause & Affect was able to provide some much-needed assistance to the people of Minamisoma. They are VERY appreciative to know that people from all over the world had united to help them recover from this disaster. Thank you to all of our donors and please join the cause by making a paypal donation here.

Posted by Adam Carter at 9:30 PM No comments: